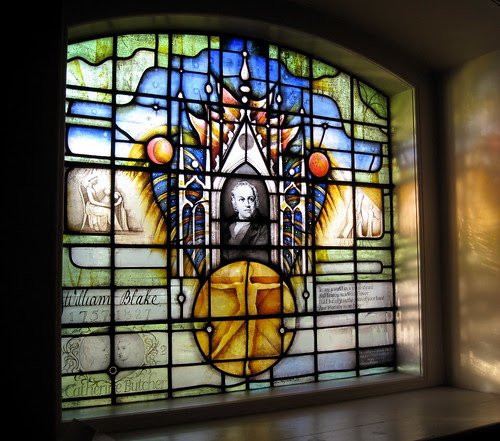 William Blake was married to Catherine Boucher in the church in 1782. The original wedding certificate can be viewed here. It surprises many to learn that the wife of one of our greatest poets was illiterate, and could only made her mark with a cross. The wedding is suggested by a wedding ring between two pencil portraits. The one of the left is William drawn by Catherine, the one on the right, Catherine as drawn by William.

The rest of the window design attempts to give expression to the diversity of Blake's talents as a painter, engraver, printer and poet. Among his more insistent themes are those concerned with seeing the great and the small and the idea that all things contain a male and female principle. He is also the author of the words of the hymn, 'Jerusalem', now a very popular hymn at weddings in the church today. At the bottom right is a picture of the Houses of Parliament to mark the connection with the late William Hamling, MP, in whose memory the window was given. 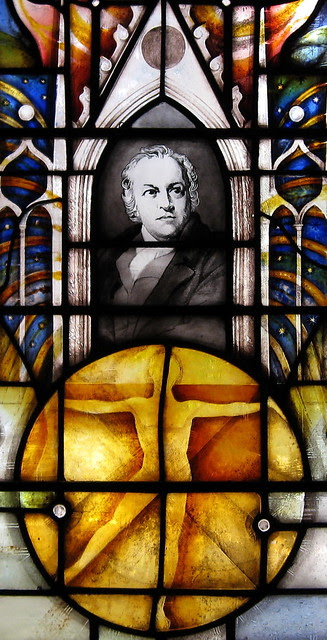 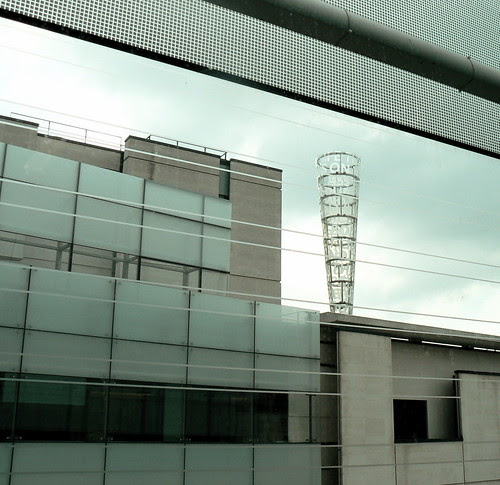 Atop the roof of the new Egton Wing of Broadcasting House mirroring the radio mast, is a cone shaped glass structure, reaching into the sky at the same height as the radio mast opposite. It was sculpted b Jaume Plensa and is a memorial to all of the BBC journalists killed in the line of duty. Called 'Breathing', it includes words from a poem by James Fenton and is illuminated day and night. At 22:00 hours daily, to coincide with the 10 O'Clock News, a column of light shines 900 metres into the sky. It was officially unveiled on the 16 June 2008 by the UN Secretary General, Ban-Ki-Moon.
© Brian Sibley, 2011

Posted by Brian Sibley at 15:03 No comments: Links to this post 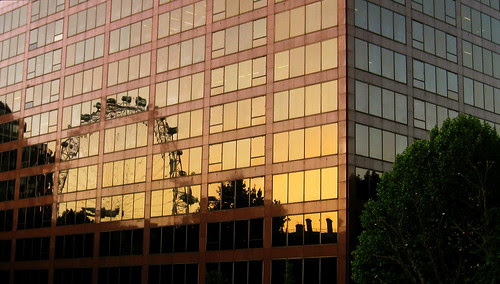 The London Eye reflected in the windows of a building in Lambeth palace Road, London © David Weeks, 2011 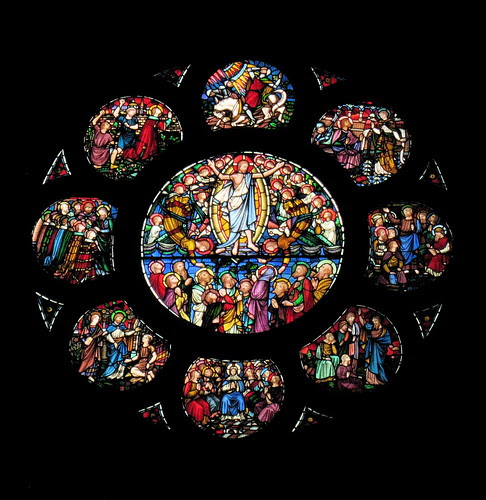 Brian Sibley
I'm a writer and broadcaster and if you'd like to know what I've been writing and broadcasting about, check out THE WORKS!